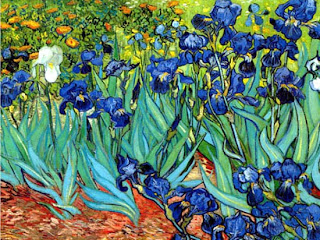 ‘Iris’, Asylum of Saint Paul de Mausole, Saint-Rémy, France, 1889
Vincent van Gogh painted his famous “Iris” series at the Asylum of Saint Paul de Mausole in Saint-Rémy, France, in 1889. Allowed to roam the asylum’s grounds, van Gogh wrote in a letter to his brother, Theo, “When I send you the four canvases of the garden. . .you ’ll see that considering that life happens above all in the garden, it isn’t so sad.” In his last letter to his mother and sister he wrote, “But precisely for one ’s health, as you say—it s very necessary to work in the garden and to see the flowers growing.”
See more here
Posted by Elaine Kramer

Bike training - free if you live, work, or study here.

Recognised for design excellence and public participation in planning

Praised by Mayor of London for replicability and community engagement. Click to see video of awards presentation.

The design by Lambeth and Shape won an award recognising the best of London's public spaces.

We were named best Community-Led Project - thank you!

Highly Commended by the judges of the Charles Maher Award 2013.